Welcome to the North Central Region Church of God

Regional Bishop David and Sonja Kemp welcome you to the online home on the North Central Region Church of God! As you browse our various pages of resources and information, we trust you will be inspired to join our vision for the Dakotas and Montana.

In the meantime, we fervently pray for the Holy Spirit to fill this place, the North Central Region, with His love and power, and that He may also fill your place – your heart and home - with His refreshing grace and complete peace.

These days, prior to our Lord’s return, offer us unprecedented opportunities to work together. 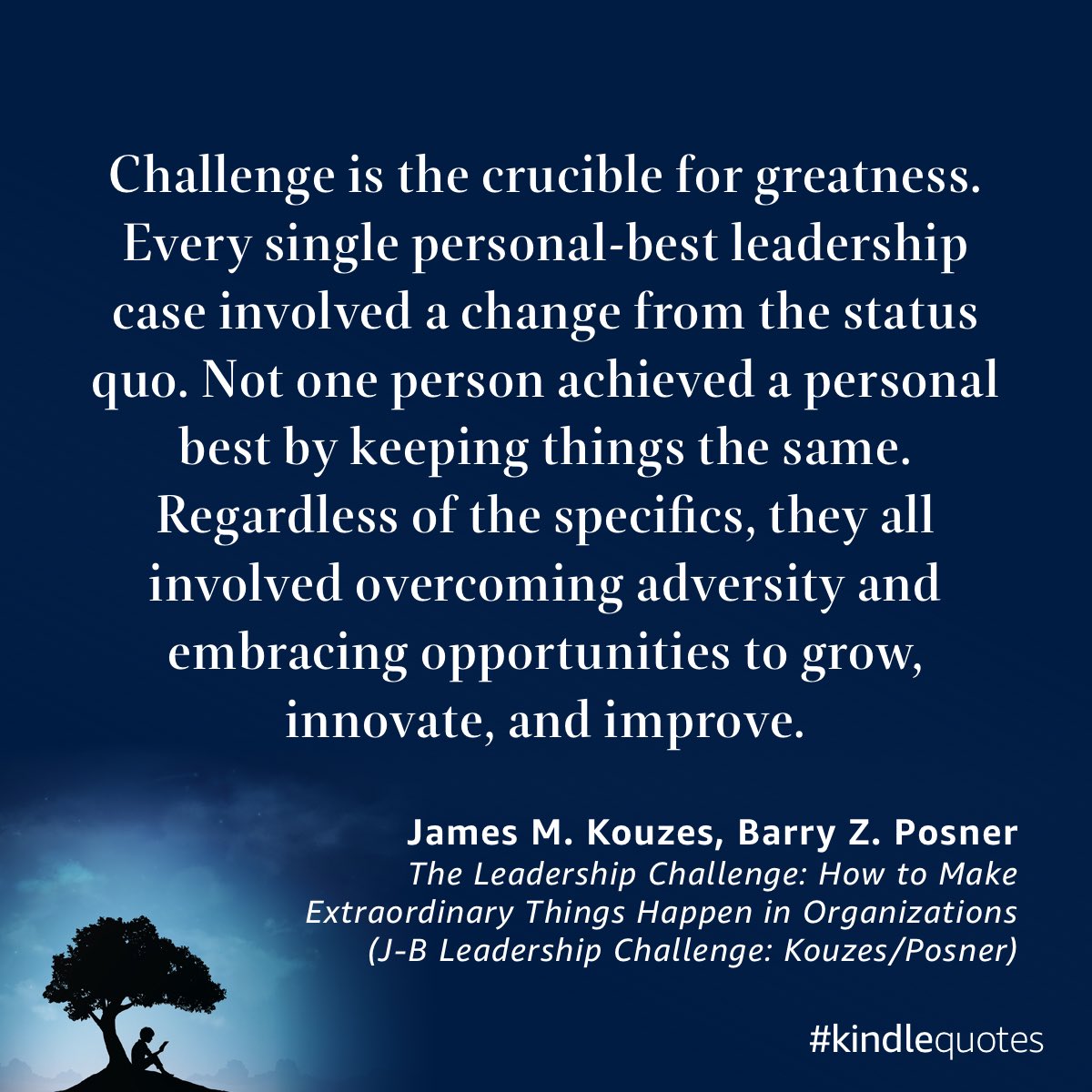 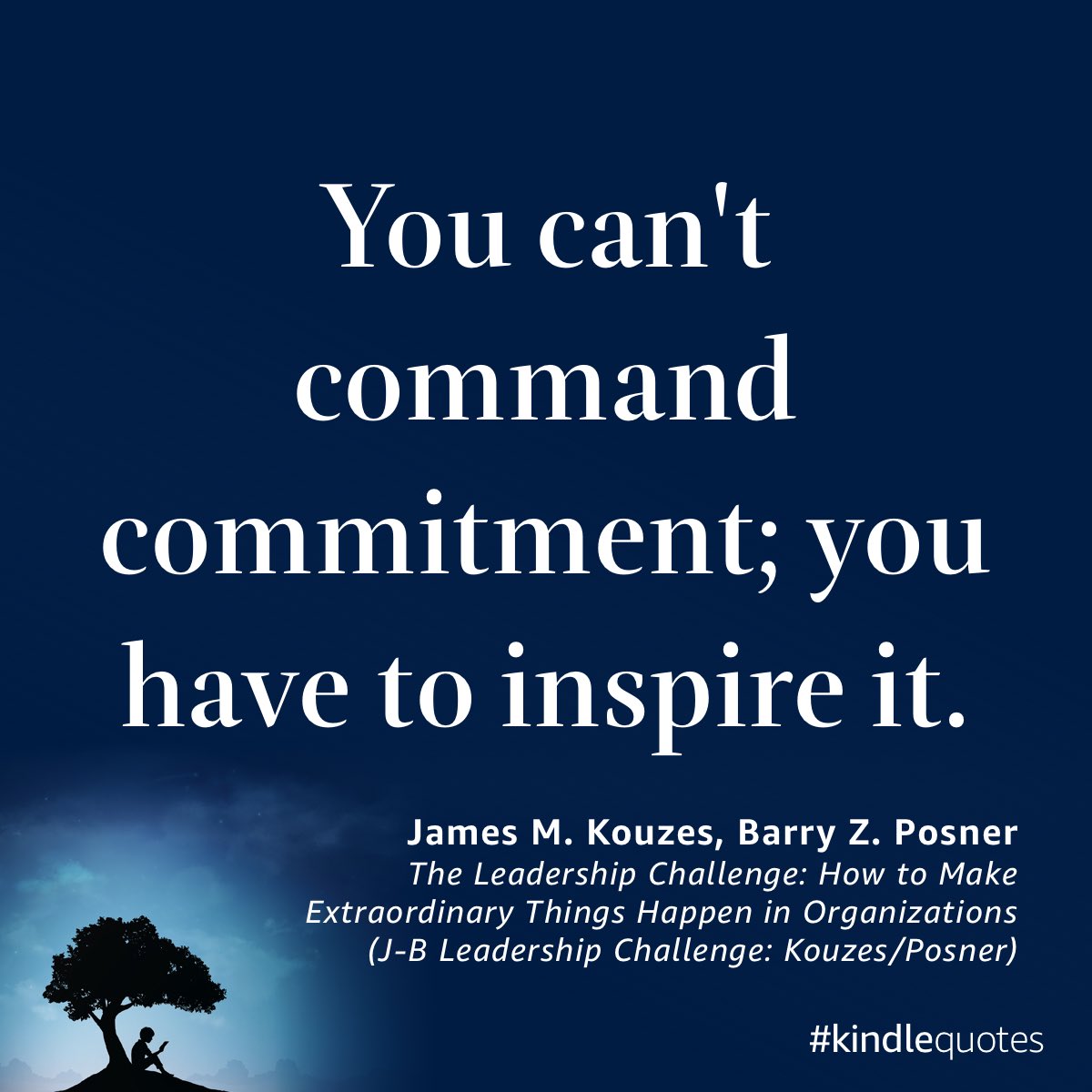 David L. Kemp
Jul 16
When it is okay to buy expensive things https://t.co/SfZbuk1wWO

David L. Kemp
Jul 07
A little comic relief that's gives some pretty good advice. (For all the "glance and like" readers, this is only s… https://t.co/h5pHFjHNgx

David L. Kemp
Jul 01
When people do not have time for you https://t.co/LCQH0UdZ2y

David E. Ramirez
Jun 29
RT @DavidERamirez: Please put it in your calendar and share it with your contacts #cogdoe #coghq https://t.co/Xuc1khClxX 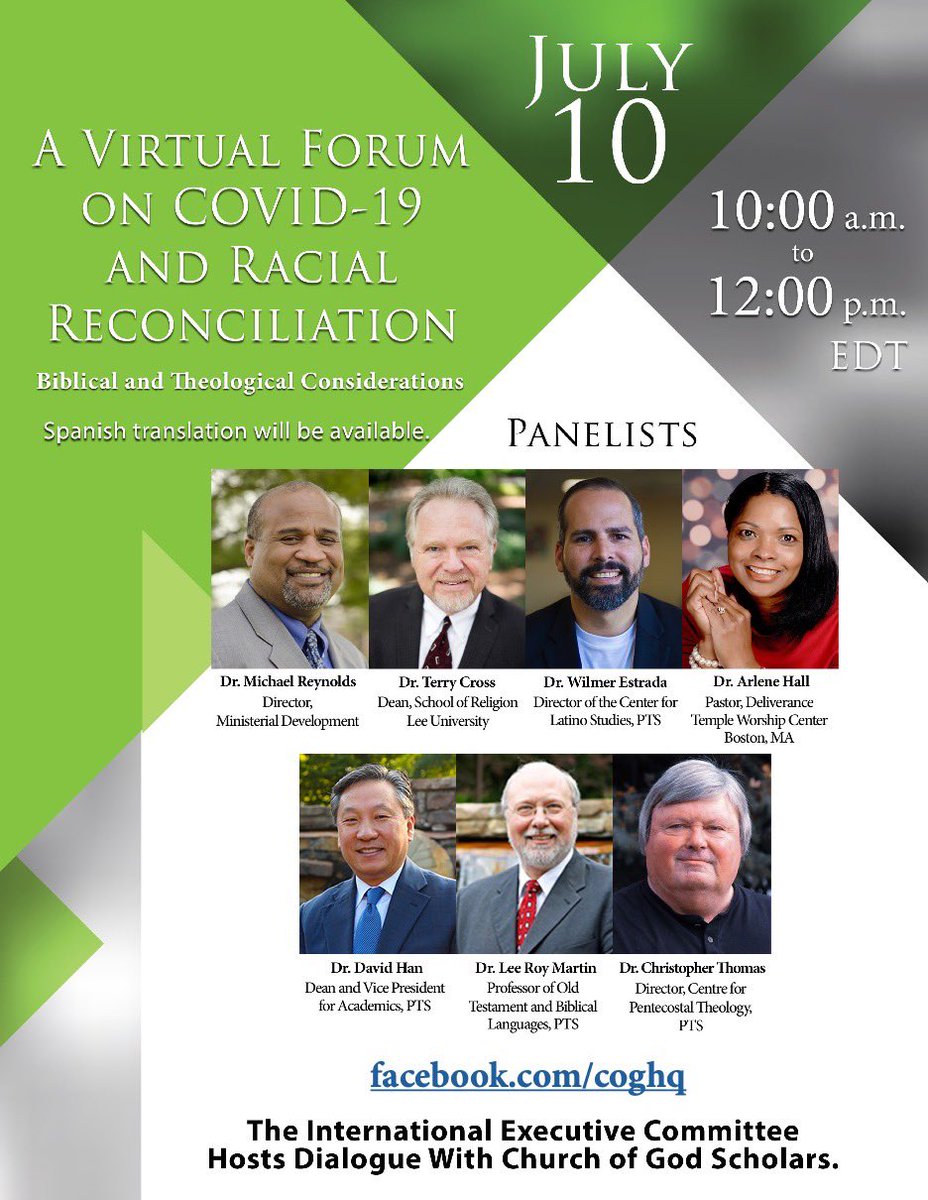 David L. Kemp
Jun 21
3 of 5 stars to The Parable of Dollars by Sam Adeyemi https://t.co/Oa16FjcnGX 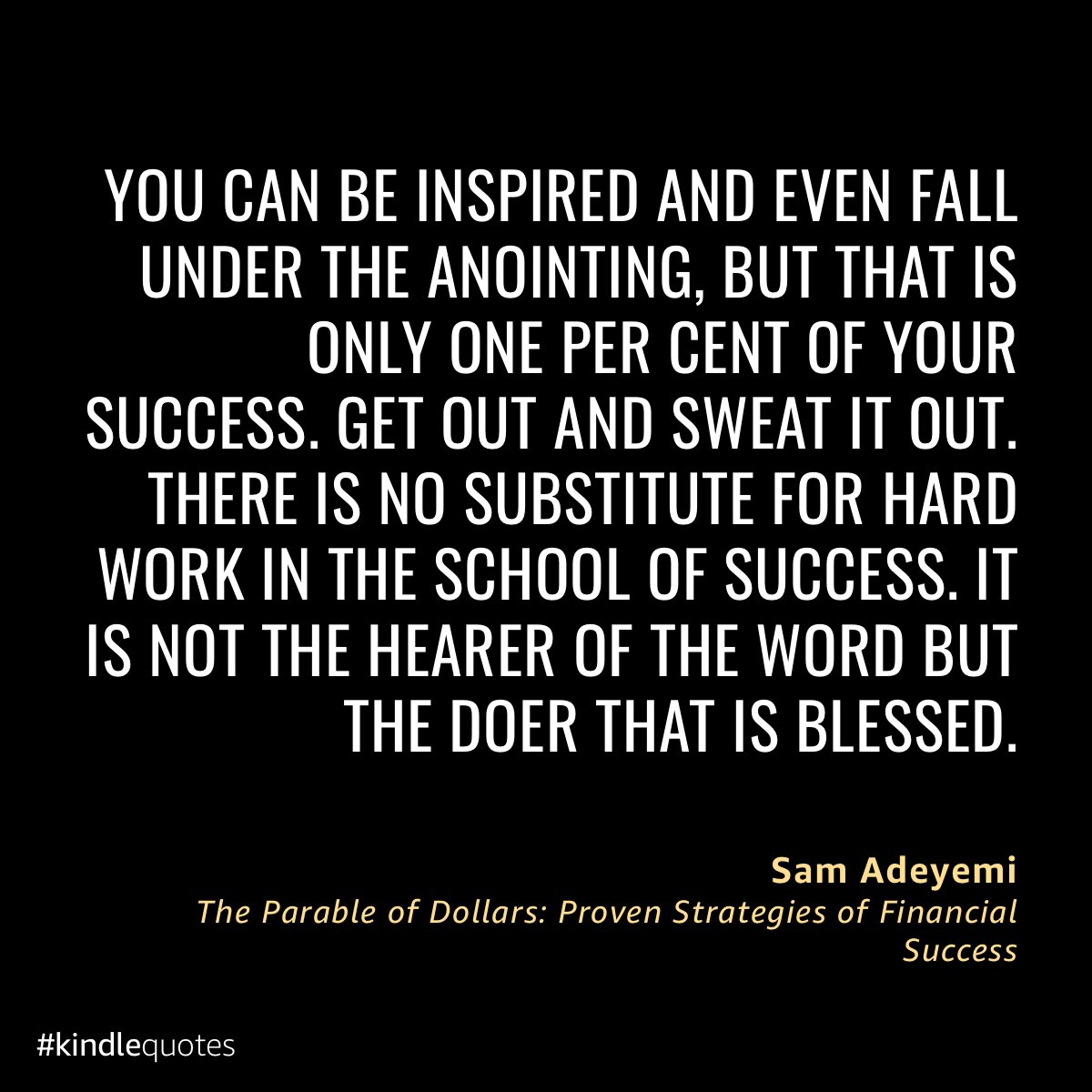 David L. Kemp
Jun 14
4 of 5 stars to Look to the Lady by Margery Allingham https://t.co/AmVkVVEwzA

David L. Kemp
Jun 14
4 of 5 stars to The Shallows by Nicholas Carr https://t.co/n5ol8ZlBuU

David L. Kemp
Jun 01
Don’t finish until you can answer this… https://t.co/qJ7fSPJSq4

The Church of God was founded in 1886 upon the principles of Christ as they are revealed in the Bible, the Word of God. It has its foundation of faith and practice in the Scriptures and the vital experience of its constituents is scripturally oriented.

CHRISTIAN
First and foremost, the Church of God is a determinedly Christian church. It is built upon the person of Jesus Christ, the Son of God. The doctrines and practices of the church are based upon His teachings.

PROTESTANT
The Church of God is founded upon the principles of Protestantism, although it is not a traditional follower of any specific leader of the Protestant Reformation. The denomination stands firmly for justification by faith, the priesthood of believers, the authority of the Bible, religious freedom, and the separation of church and state. It stands against abuses and extravagance of ecclesiastical ritualism and dogmatism.

FOUNDATIONAL
The Church of God subscribes to the following five foundational Christian doctrines:

EVANGELICAL
Evangelical is the term used to describe those who affirm the primary doctrines revealed in the Scriptures. These doctrines include the inspiration and authority of the Word of God; the Trinity; the deity and virgin birth of Jesus Christ; salvation by faith in the atoning death of Christ; His bodily resurrection and ascension to the right hand of the Father; the ministry of the Holy Spirit; the second coming of Christ; and the spiritual unity of believers in Jesus Christ.

PENTECOSTAL
In 1896, many members of the Church of God experienced a spiritual outpouring they identified as the baptism of the Holy Spirit. Because it was so similar to the experience of the early Christians on the day of Pentecost, it came to be called a Pentecostal experience, an enrichment of the Christian life through the power of the Holy Spirit that empowered believers to be effective witnesses of Christ. The principle distinctive of the Church of God as a Pentecostal organization is its believe in speaking with other tongues as the Spirit gives the utterance and that this is the initial evidence of the baptism in the Holy Spirit.

EVANGELISTIC
From its inception the Church of God has been a revival movement. Evangelism has been in the forefront of all its activities. The church has maintained an aggressive effort to take the message of Christ throughout the world by all means and methods. Every program of the church reflects an evangelistic attitude: revivalism, conferences, worship services, teaching, preaching and its missionary efforts.

ORGANIZED
The magnitude of the Great Commission requires a united effort. This united endeavor is efficiently served by guidance, support, resources and leadership from a common center. The Church of God is centrally organized. Centralized church government is administration from the international, state or territorial and local levels. It helps facilitate the fulfillment of the mission of the church.

The control of the Church of God rests with the laity and ministers, who jointly form a governing body called the General Assembly which meets biennially. Benefits of centralized government include the following: uniformity of doctrine and practice; principles that bind together local churches in the same manner; membership commitments in all churches; expansion and extension of fellowship; accountability; cooperative decision-making; and united efforts in evangelism and world outreach.

The following Doctrinal Commitments represent the core beliefs of the denomination as outlined in Scripture:

The Church of God believes the whole Bible to be completely and equally inspired and that it is the written Word of God. The Church of God has adopted the following Declaration of Faith as its standard and official expression of its doctrine.

The Church of God was founded in 1886 upon the principles of Christ as they are revealed in the Bible, the ...

The following Doctrinal Commitments represent the core beliefs of the denomination as outlined in Scripture:

The Church of God believes the whole Bible to be completely and equally inspired and that it is the written ...

From the Desk of Bishop David Kemp

Call me if you need me!

My fellow Shepherds, announcing, “Call me if you need me!” will not do.

Being a shepherd is old-fashion work. Jesus knew that the technological age would come when he compared the timeless trade of shepherding to being a minister/pastor.

Latest Forward In Faith Podcast or listen to past episodes at Ministry Source!

ENGAGE is a quarterly journal for pastors and the staff of a local church.

The random ruminations of a man on the run–running to win people to Christ!

The following is a detailed lisitng of our contact information. If you have any questions, need assistance or simply want to follow us on Twitter of Facebook, we look forward to hearing from you.